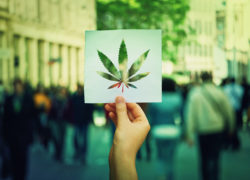 The growing controversy and interest in Cannabis, better known in the United States as marijuana, is attributable to several factors: the rapid legalization or decriminalization of the substance, the debate across state lines and spiritual arenas regarding medical marijuana, and also the increasing interest in cannabidiol (CBD) oil.

This all creates confusion and questions regarding the differences between and the uses and effects of cannabis and its related products. Therefore, in order to discuss this issue or weigh in on its appropriateness in our society, it is important to know the differences, the uses, and the effects of each type and view them as different entities altogether.

Christians tend to lean toward either end of the spectrum: from ‘all things are permissible’ to ‘nothing is beneficial or profitable.’ Therefore, this resource aims to clearly provide information on cannabis to help you sort through the information to help you make your own personal decision regarding cannabis.

Christians tend to lean toward either end of the spectrum: from ‘all things are permissible’ to ‘nothing is beneficial or profitable.’

The following terms are foundational for a greater understanding of the topic.

Medical Marijuana is legal in over 33 states, and typically used for:

“It’s not yet proven to help many of these conditions, with few exceptions. The greatest amount of evidence for the therapeutic effects of cannabis relate to its ability to reduce chronic pain, nausea and vomiting due to chemotherapy, and spasticity from MS.” 1

Significant Side Effects of Medical marijuana

There has been limited research that has been done to determine its true effects, benefits and long-term results. So far, researchers haven’t conducted enough large-scale clinical trials that show that the benefits of the whole marijuana plant outweigh its risks in patients it’s meant to treat. 2

It is considered a Schedule 1 drug by the US Drug Enforcement Agency (DEA), likely to be abused and lacking in medical value. Therefore it requires a special license to study it, and the cost and length of time necessary to do the appropriate studies is prohibitive.

At this time, the FDA has only approved two drugs containing synthetic THC called dronabinol and nabilone. These drugs reduce nausea and increase appetite for those in chemotherapy or dealing with HIV. The FDA has not yet approved the use of any marijuana drugs for pain relief 3

Medical Marijuana is not regulated by the FDA in the same way as prescription medications. This means that the strength of ingredients in medical marijuana can differ depending on where it is purchased. Clinics and dispensaries are all run differently, often by those that do not understand the product or how it works.

“The stakes are too high to let some clinics do what they want. Medical marijuana is becoming too widespread, and the risks are too great, to leave the patient to fend for themselves, and let the buyer beware.” 4

The volume of information out there regarding the risks, uses, variety, and the amount of THC v. CBD and other ingredients is widespread and confusing.

The greatest caution is that while prescription opioids are regulated and exact contents are known, medical marijuana varies constantly from strain to strain, producer to producer, and therefore from shop to shop. One must ask if that is a risk to take – having no idea exactly what one is taking and putting into his or her body and thereby risking the detrimental side effects they can cause.

If one chooses to seek out medical marijuana as an alternative it is vitally important that he or she understands the additional risks involved:

Marijuana is legal for recreational uses in some states and the District of Columbia. The risks that are associated with medical marijuana are even higher when looking at recreational use.

There are proven links between THC and:

The use of RM has widespread ramifications, including the fact that the concentration of THC in marijuana today is up to 29% greater if smoked the traditional way than the marijuana of the 1970s. That concentration can increase up to 80% when the oil is vaped.

It is a frightening proposition to move forward without more research, guidelines, and education concerning its dangers and cautions. It will take more research before we know if it is a wise and safe choice.

Most CBD oils come from the hemp plant, which tends to have a higher concentration of CBD than marijuana. Because it is an entirely different compound than THC its effects are vastly different. It does not produce the “high” or changes a person’s state of mind; instead, it influences the body to use its own endocannabinoids more effectively. 6

The 2018 Farm Bill made hemp-derived CBD legal to purchase and consume in all 50 states. The government classifies hemp as any plant of the cannabis family that contains less than .3% THC.

Although CBD has been used as far back as 2900 BC, it has become a product that is now all the rage and being marketed as the new miracle cure. It’s promoted a range of applications include:

While more research is required to confirm some uses of CBD oil, in June 2018 the U.S. Food and Drug Administration (FDA) approved one form of CBD as a treatment for people with two rare and specific kinds of epilepsy.

At this time, as with medical marijuana, there is limited evidence to make a firm conclusion that CBD oils work as they are marketed.

Currently, CBD is not regulated by the FDA. In a 2017 study, Bonn-Miller found that nearly 7 of 10 CBD products didn’t contain the amount of CBD extract as promised on the label. 7 Until more is done, additional research is conducted, and regulatory standards are established, one must proceed with caution.

Christians are called to be lights in the world and to open the eyes of those blinded to the truth, by the truth.

One of the best ways to begin is through education, building knowledge with facts and asking people questions in order for them to consider their own response and draw their own conclusions.

The enemy comes like a thief to steal, kill and destroy (John 10:10). He does so with lies, half-truths, and promises that cannot be fulfilled.

May we, as the body of Christ:

Let us each walk CAREFULLY and PRAYERFULLY through this new toxic movement which is fraught with controversy and confusion.

As you navigate through this information, go and share what you have learned with others, inform your friends and church family of the truth. Encourage them to seek out more information and not walk blindly through the media and marketing hype.