A Life in Progress – Matt O. 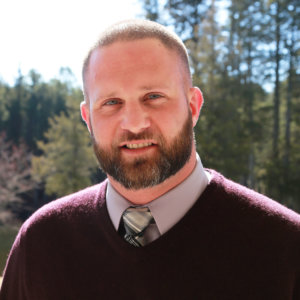 Before Jesus Christ, I was broken. I was living in complete darkness, and I had absolutely no hope left to live for. I was raised attending church as a Roman Catholic, but I never really paid any attention to what was being said in church. I have three older sisters and one younger brother. My father was an alcoholic in my younger years, and with that came much pain. He was emotionally, physically, and verbally abusive, which led to my parents’ divorce when I was around nine years old. It left me confused, hurt, and angry, with a feeling of worthlessness. I rebelled, thinking that if my father didn’t want me around, I wouldn’t be around for anyone. I did whatever I wanted to do with no repercussions, including experimenting with almost every drug, smoking cigarettes, and drinking, which started at the age of twelve.

This went on for 22 years of my life, and continued with me as I traveled all over the world serving in the United States Navy. After a three-week detox, I arrived at the Colony of Mercy for the first time in November of 2016. Although hesitant to go with the program at first, God showed me His almighty love and grace, sending the Holy Spirit to dwell in me on December 10, 2016 as I lay reading my Bible in bed 17L. A warm feeling started at the top of my head and went inch by inch to my feet. I’ve seen, done and experienced many things in my life, but that was hands down the best feeling ever.

I left the Colony a new creation, but didn’t realize how weak I was. It was a roller coaster for six years of spiritual wins and losses. On August 2, 2021, I wanted to get off the roller coaster… I attempted to take my own life. I drank 2.25 liters of vodka and swallowed thirty 30mg prescription pills that should have put me to sleep for good. But God wouldn’t let me sleep at all. I’m here today with a new excitement for life. I’m reaching with my hand stretched upwards towards God, with the same awe, wonder, love and joy as a toddler in a crib reaches for their father as he looks down on them. I served in the Navy here on earth already, and I am now a soldier in God’s army.

Being a soldier, I know these three things:

Thank you, and to God be the glory.