A Life in Progress – Stephen C. 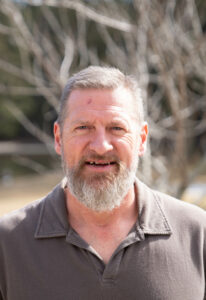 The blood of the lamb and the word of my testimony is all I have left. All the rest I handed over to the devil for the price of a lie. The lie was that I was not really a child of God. I mean, how could I be? Because if you knew all the things that I’ve done, there’s just no way, no way. I wouldn’t forgive me for the way I’ve treated people. You want to know about causing pain to the people who love you, from a rebellious son – ask my parents. Ask my mom how it feels to get a call from the hospital at 3:00 in the morning. Some stranger’s voice telling her to get there quick because her son probably won’t live much longer.

You could have asked my wife when she was a weeping, shaking puddle on the floor, afraid for her life. I was standing over her with a voice so loud and absent of love. The love I promised her I would never deny her. Or my son, who was abandoned by the one man he looked up to – his father – who could do anything except love his own son.

I’ve left a trail of broken hearts in the lives of women whose only fault was to dare to trust me. Houses, cars and trucks, jobs and bank accounts…half a million dollars in structured settlement funds awarded to a young man who didn’t even know how to like himself, let alone love someone else.

I tried. And I tried to get sober, to stay sober. Six rehabs, this is my fourth time in the Colony of Mercy. My first time in the Colony was in 1999. AA, NA, church, short-term mission trips, even a short time in prison. And just a few months ago I was completely at my end, dying, absolutely nothing left of myself. Then I cried out to God and He gave me hope that I could still live. So I dared to reach out to the Colony of Mercy yet again.

This is the Word of the Lord, and these are the words of my testimony. God’s not done with me yet – He’s just getting started.